The issues addressed by the proposals, which reflect issues discussed by the IASB in a project cycle that began in 2012, are as follows:

Our letter overall supports the proposals, however adds a few suggestions for consideration in respect of the changes proposed. 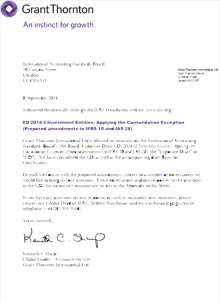